All original wall art is printed for you when you order it on archival weight, matte paper with giclée printing techniques. Shop with confidence. Your order will be shipped directly to your door.

LOOKING FOR SOMETHING
OFF THE WALL? 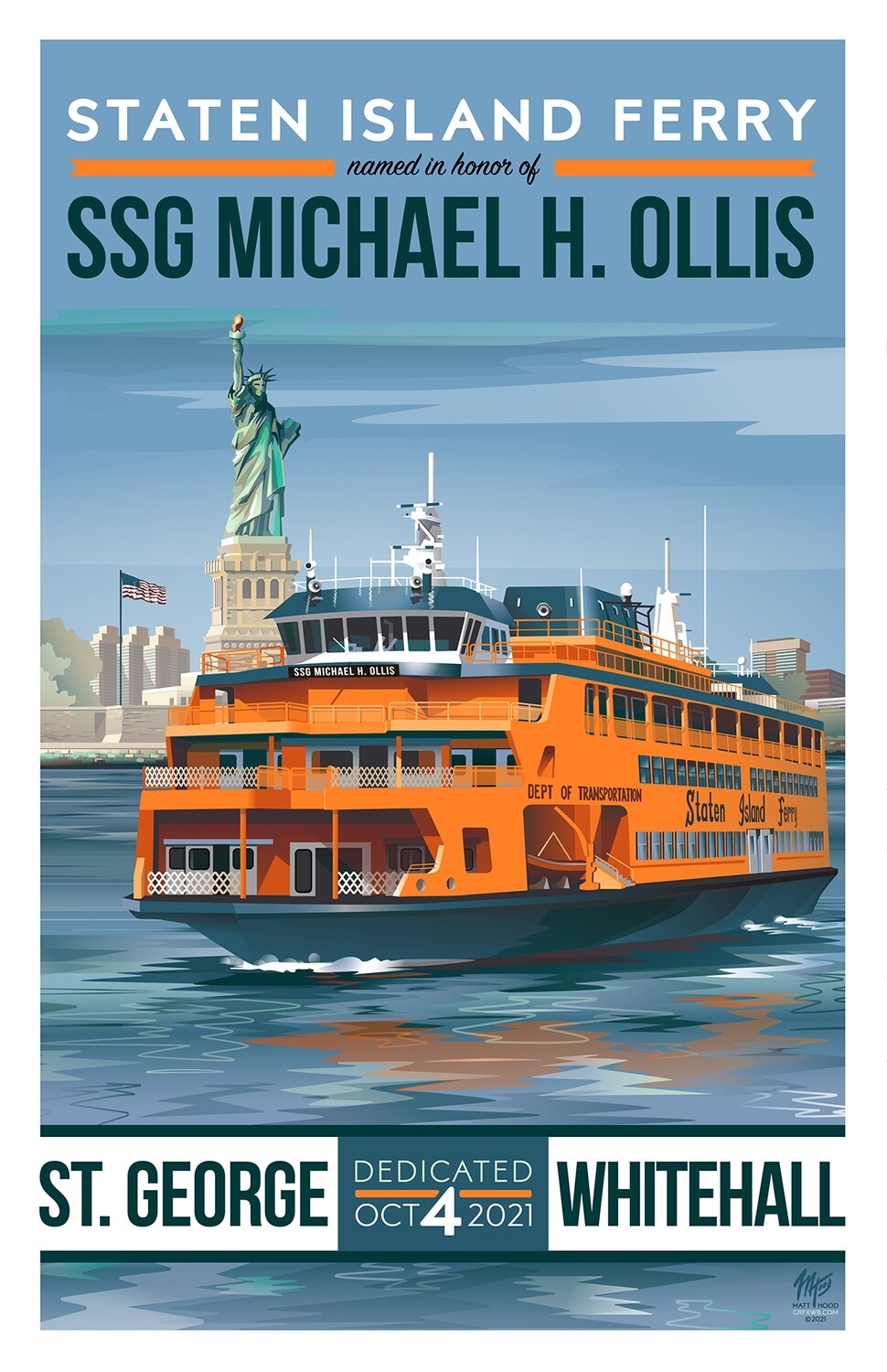 Ollis was an Army Ranger and Staten Island native. He served one tour of duty in Iraq and two in Afghanistan. On April 28, 2013, his forward operating base in Ghazni, Afghanistan, was ambushed by insurgent forces. Ollis died shielding a Polish officer from an attacker wearing a suicide vest.

The Polish Government has since awarded SSG Ollis their highest military honor, the Polish Gold Star Medal of Honor. The U.S. Government has posthumously awarded him the Bronze Star, the Purple Heart, the Silver Star and the Audie Murphy Medallion.

On Oct. 4, 2021, the 320-foot, $100 million passenger ferry was christened at a ceremony attended by the Ollis family and New York dignitaries. Regular passenger service between Staten Island and Manhattan is expected to start in 2022.

The Ollis family continues to honor Michael's memory and heroism with their charitable organization that supports veterans in need. Purchase of this beautiful poster will help honor Michael and benefit the military community he served.

$25 from every poster purchase will go directly to the SSG Michael Ollis Freedom Foundation, a registered 501 (c) 3 nonprofit, to aid them in uplifting and improving the lives of veterans and their families.

Save this product for later
Display prices in: USD